IMPORTANT NOTE FOR IN-PERSON TICKET HOLDERS:
​In order to protect the health and safety of Well-Spring residents, audience members, and actors, all audience members of all ages will be required to show proof of vaccination upon entry and wear masks at all times. Children ages 5 to 11 must be at least 2 weeks from their first shot; all others, ages 12 and up, must be at least 2 weeks from their second shot. Children under 5 are not admitted. We are terribly sorry for any inconvenience and thank you for your understanding and support. 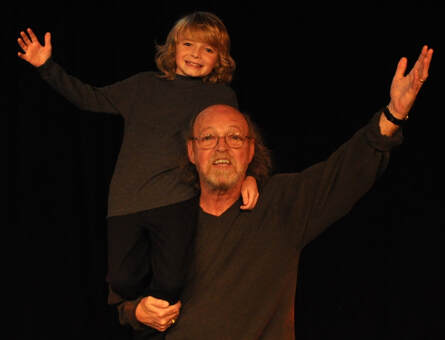 The main motivation behind restoring A Christmas Carol is to continue the legacy of NCShakes’ legendary artistic director Pedro Silva, whose recent death in 2019 shook the Piedmont Triad area. 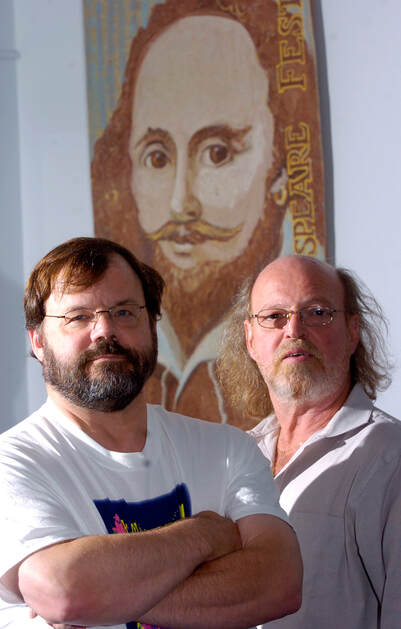 Stuart Brooks, co-founder of NCSF with Mark Woods, returned to partner with Pedro at NCShakes in the early 2000s.
Pedro Silva joined the North Carolina Shakespeare Festival in 1977, the same year it was founded by Stuart Brooks and Mark Woods. First contributing as an actor, Pedro eventually became the longest serving managing and artistic director of the official state Shakespeare Festival of North Carolina. Under Pedro's guidance, NCShakes saw its most plentiful years, filled with glorious manifestations of Shakespeare's greatest plays, a state-wide school tour that served more than a million students and teachers, and the beloved annual production of A Christmas Carol that became a staple of the region's seasonal celebrations.

As NCShakes came to a close in 2014, Pedro and Meredith concentrated on reintroducing the annual A Christmas Carol, full-length Shakespeare productions, and a revised school tour to the region in a new form. In 2016, Pedro guided Meredith in the formation of Goodly Frame Theatre, and in 2019 they were set to produce A Christmas Carol with Pedro playing Ebenezer Scrooge. Sadly, Pedro passed away on June 14, 2019, shaking the Piedmont Triad artistic scene and putting the project on hold. 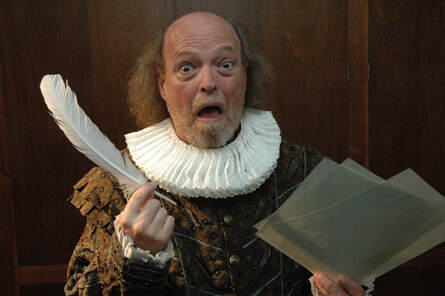 One of Pedro's trademark personas was that of William Shakespeare, often embodied for special events.
Until now. Meredith explains, “After 15 months in a world without in-person theatre and access to outreach performances in schools, it’s time to bring back the annual production of A Christmas Carol that we love.  It’s time to honor Pedro's legacy. It's time.”

This inaugural re-imagining of NCShakes' beloved production will serve as a fundraiser to not only develop and support the new annual A Christmas Carol, but also grant Pedro's wishes to continue providing quality Shakespeare programming in the schools and a regional stage for innovative productions of Shakespeare's greatest plays.
DONATE TO PEDRO's LEGACY

Meet the Team behind A Christmas Carol: Pedro's Legacy 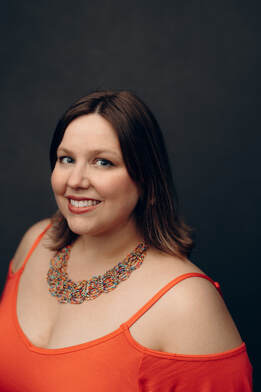 Jenna Tamisiea (director) is a proud alumnus of A Christmas Carol with North Carolina Shakespeare from 2010-2013! She currently serves as the artistic director of Glow Lyric Theatre, which is a vocal arts company producing opera and musical theatre in response to the political and social climate of South Carolina. She is also a traveling freelance director throughout the Southeast. Recent directing credits include: Spring Awakening (The Warehouse Theatre) Guys and Dolls (Arkansas Shakespeare Theatre), Peter Grimes (Northern Arizona University) Summer and Smoke (Converse Opera Theatre) and Hands on a Hardbody (Guilford Technical College). Jenna even had her first Zoom directing experiences this year with Proud Mary Theatre Company’s The P*ssy Grabber Plays and Trustus Theatre’s Not Until I Say So. Some of Jenna’s original devised work includes Armed (Glow Lyric Theatre), which reflects on gun violence in the US, and Pulse (AnamCara Theatre), a piece responding to the Orlando mass shooting. Jenna was recently named a finalist for the American Prize in Directing for her productions of The Hot Mikado and West Side Story. She is also a recipient of the Robert Porterfield Directing Award, a finalist for the Drama League New Musicals Fellowship and was chosen for the 2021 Society of Stage Directors and Choreographers Observership Program. She holds an MFA in Directing from Florida State University. www.jennadirectress.com​ 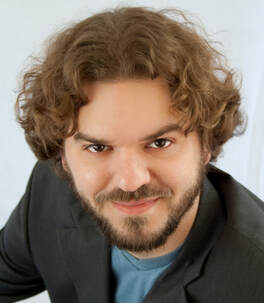 David Sebren (production manager) David is a proud alumnus of The North Carolina Shakespeare Festival having worked for the company five times.  Four of those shows were A Christmas Carol.  He holds an MFA in Directing from Florida State University, and a BFA in Acting from UNCG. He has worked professionally as an actor, director, designer and fight choreographer since graduating from UNCG in 2006, and has worked with companies from North Carolina to California.  David currently serves on the faculty of High Point University, Greensboro College, Forsyth Tech, and Wake Tech. He also serves as the resident fight choreographer for GLOW Lyric Theatre in Greeneville, SC.  Some of David’s past credits include - Directing: From This Day forward, Tartuffe, Servant of Two Masters, The Cat in The Hat.  Acting: Wrights of Passage, Fortune, Jackie and Me, Spamalot!, Hatfields and McCoys.  Fight Choreography: Carmen, Fidelio, Romeo et Juliette, West Side Story, The Crucible (Opera).  David currently lives in Burlington, NC and is excited to work with Goodly Frame to breathe new life into A Christmas Carol.  www.davidssebren.com 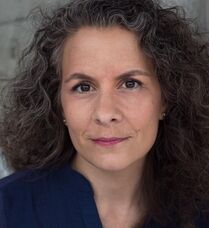 "I met Pedro Silva when I was 10 years old, the same year I experienced Shakespeare for the first time. The show was A Midsummer Night's Dream at NCShakes, and I was hooked. I began working in the NCShakes ticket office while I was in high school, continuing on and off throughout my university years. In 2001, I returned to NCShakes as an actor in A Christmas Carol and then joined the management staff full time. Like a second father, Pedro watched me grow up. He mentored me, challenged me, encouraged me, but most of all, he inspired me. It was Pedro's guiding light that brought me back to NCShakes time and again, eventually with all four of my children acting in A Christmas Carol, two of them playing Tiny Tim in turn. Three of them fell in love with Shakespeare, one earning her BA in English literature, one now a professional cinematographer, and one on her way to study classical acting in England in the fall. I can't imagine how different my life would be if I hadn't met Pedro in 1980. Pedro may have left us in body, but his spirit lives on in his legacy, and I know he is not done affecting my artistic life. As he always loved to remind us, 'Christmas time is the best time of the year.'"
DONATE TO PEDRO'S LEGACY