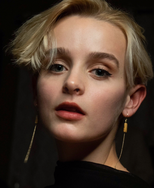 ​Raised in Greensboro, NC, Abby Burris (KT) is a rising third year BFA Actor at SUNY Purchase. She has been a part of Goodly Frame Theatre's immersive Shakespeare productions in the past and is participating in the current Zoom Fest. Recent credits include Marisol and The Laramie Project with Purchase Rep Theatre. In addition to acting, Abby is a photographer (work can be found at abbyburris.com). She would like to thank her family and friends for all their love and support, and for being her constant inspiration.
​ 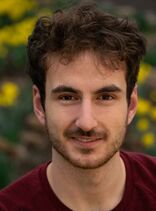 Pascal Di Betta (Chaz) is a junior straight from the Acting BFA Program at SUNY Purchase. His peregrinate began at a young age, where he traveled far and wide until he found an acting summer camp at the University of North Carolina School of the Arts. It was here that Pascal's passion of storytelling, a passion only paralleled by his love for his cats, was ignited. Henceforth, Pascal has been in the following productions: Duke of Gloucester in Richard III, Chris in All My Sons, Boris Trigorin in The Seagull, and Jerry in The Zoo Story. Pascal would like to thank his Mom and Dad for the support to follow his love for life. 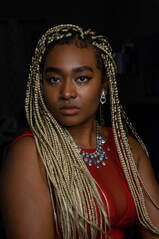 Tatiana Gabriella Graves-Kochuthara (Imani) is a rising third-year BFA actor at Purchase College and is from Queens, New York. She performed in Uncle Vanya (Yelena/Sonya/Mrs.Voinitsky), The Laramie Project, and the Winter 2020 Junior repertory show, Marisol (Voices/Homeless People). She sends love and light to her mom, grandparents and lovely, lovely friends for all of the love and support they give her. Support for her work can be sent through Venmo at Tatiana-Kochuthara. 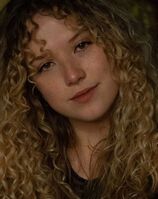 ​Corinne McLoughlin (Kristen) is an actor from Buffalo, NY. She will be entering her junior year at SUNY Purchase’s BFA Acting conservatory this fall. Some of her credits include: Nina in Excerpts of The Seagull, Joan in Far Away and Judy in The Curious Incident of the Dog in the Nighttime. She comes from a long line of badass, beautiful storytellers and hopes she can be half as good as them someday.
​ 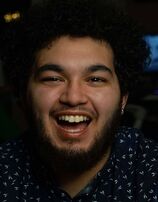 ​Francis Pace-Nuñez (Mateo) is a multiracial, neurodiverse artist from Sleepy Hollow, NY. His previous credits include Marisol (Purchase College, 2020) and The Laramie Project (an online zoom production through Purchase College). He has collaborated on performative art work at NYU and is looking forward to being part of the Purchase College Digital Fall Play Festival this upcoming semester. He is very excited to help bring to you cancelled/postponed!! He wishes his friends and family so much love and hopes that everyone is maintaining well during this difficult time. He sincerely thanks everyone who watches and opens their hearts to the story that the cast and crew of cancelled/postponed have created and is deeply grateful for the team who put this show together for being such wonderful collaborators. If you would like to assist Francis financially during this difficult time and/or compensate him for his work, his Venmo is Francis-Pace-Nunez. 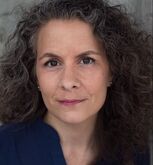 Meredith DiPaolo Stephens (Director) is the founder of Goodly Frame Theatre in Greensboro. Her recent acting credits include The Merchant of Venice (Antonio), Richard II (Duchess of Gloucester), An Old Salem Christmas Carol (Ebenezer Scrooge), Macbeth (Banquo), Twelfth Night (Feste), and A Midsummer Night’s Dream (Titania/Hippolyta). Meredith began this project as the producing artistic director and was added to the acting company when the role of Director was added in the final storyline. It has been a joy getting to know each of the wonderful young artists in the show!  www.meredithdipaolostephens.com 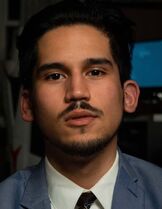 ​Vincent Szutenbach (Zuko) is a rising third-year BFA actor at SUNY Purchase and is from Houston, Texas. His credits include Astrov in Scenes from Uncle Vanya and Dr. Gibbs in Our Town. He would like to thank his dogs for their unending joy and for waking him up in the morning, or else he'd sleep in way too late. 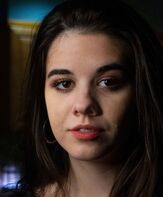 Nikol Tsvetanova (Jenna) is from Dallas, TX, and is a rising third-year BFA Actor at SUNY Purchase. Previous credits include Rosalind in As You Like It, Anna in Anna Karenina, Carol in Ties, and Karen in The Children's Hour.  Nikol sends her gratitude and appreciation to her family, friends, and fellow company members for their immense love and support. ​