King Lear
by William Shakespeare
​
Ready to “shake off the cares and business from our age,” King Lear stages a love test with his three daughters to give away his kingdom to the one who loves him most. What results is the breaking of family bonds and unleashing of tragic forces in the kingdom as Lear confronts the nature of human existence: love and loss, power and futility, pride and humility, and good and evil.

Directed by Meredith DiPaolo Stephens, this unique production of King Lear will be performed for intimate audiences as a traveling piece throughout a residential setting. Audience members will have the opportunity to move among the actors and participate in the action as scenes progress from room to room.​ 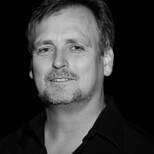 L.M. Kirwan (King Lear) has acted and performed music in the region for years, focusing, over the past five years, on professional theater. Since 2016, his main focus has been on the plays of Shakespeare.  Other roles with Goodly Frame Theatre include Polonius and the Ghost of King Hamlet (Hamlet) and King Duncan and the Elder Siward (Macbeth). Additional Shakespeare credits include Don Pedro (Much Ado About Nothing) and Nick Bottom (Midsummer Night’s Dream) with Shared Radiance Theatre. Larry has also performed with Snow Camp Outdoor Theater, Studio 1, The Barn Dinner Theatre, Pitchvine Entertainment, The Franciscan Players, Community Theatre of Greensboro, and the Greensboro Playwright’s Forum.  He is also known locally for his hammered dulcimer playing and is a trained percussionist. 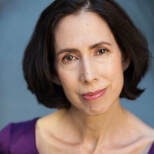 ​Linda Mari Donnell (Goneril/Curan) is a classically trained dancer.  Her passion for dance is augmented by her love of storytelling, particularly Shakespeare, which has led to her furthering her training to include classical acting. Combining the two disciplines has been the focus of her work, both as a performer and teacher. Linda is thrilled to debut with Goodly Frame as Goneril in King Lear and wishes to thank Meredith Stephens for giving her the opportunity to tackle this meaty role. Her favorite past Shakespeare roles include Trinculo in The Tempest, the Nurse in Romeo and Juliet, the Porter in Macbeth, and Lady Macbeth in Macbeth. Linda wishes to thank her most generous teachers at The University of North Carolina School of the Arts and Wake Forest University. She lovingly dedicates her performance in King Lear to the late James Dodding, who took her under his wing and taught her to "speak the speech...trippingly on the tongue" and to Bob Francesconi and Mark Donnell who have encouraged her to always find the funny in life. www.lindamdonnell.com 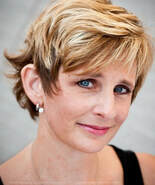 Kim Clapper Harrison (Regan/Doctor) is a local artist who has performed in community and professional theaters in NC since 1992.  You might have seen her in past productions with HPCT, CTG, and Open Space Theater Café. She has spent the last 10 years using her comedic and musical theater talents on stage at The Barn Dinner Theater in Greensboro. She is thrilled to be in her first Shakespeare production with the talented cast of King Lear. She would like to thank to Meredith and the rest of the gang for welcoming her to the Goodly Frame Theatre family. She is married to fellow actor/singer Michael Moore, is the mother of the talented Will Harrison, and works at Ashmore Rare Coins & Metals. 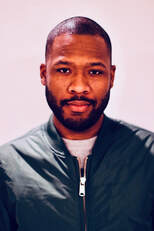 Rachel Roasek (​Cordelia/Fool) is a 2017 graduate of UNCG’s theatre program. Rachel’s most recent credits include Antigone (UNCG Mainstage), Maid’s Door (NC Black Repertory Co.), and Little Women the Musical (Little Theatre Of Winston Salem). She also works as a voice actor for commercial spots, video games, and audiobooks. As both a writer and actor, there has always been a soft spot in Rachel’s heart for Shakespeare, and she’s thrilled to be working with the bard (and Meredith) once again! 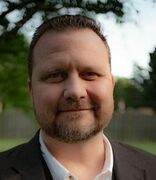 Axel Tolksdorf (​Gloucester/Albany) is a playwright and actor who has appeared throughout the Triad, including The Hyers Theater and the Open Space Cafe Theater in Greensboro, and Studio One in Burlington. He played leading roles in Tuesdays with Morrie and More Fun than Bowling, and has also appeared onstage at the Players Theatre in New York City.  A member of the Greensboro Playwrights Forum, his short plays, including “Deja,” “Rache,” “The Last Temptation of Trixie,” “Strangers in the Forest,” and “Before the Fall," have been produced by Greensboro City Arts for over a decade.  Axel’s screenwriting credits include the short film, “The Interrogator,” and he is the winner of the 2017 Greensboro Play Slam.  His performance as Gloucester and the Duke of Albany mark his debut with Goodly Frame Theatre.  A graduate of Emory University, Axel lives in Greensboro with his wife Martha and daughters Challie, Caroline, and Camilla. 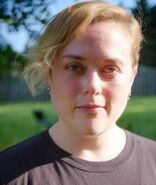 Heidi McIver (​Edgar/Cornwall/Burgundy), a graduate of the Directing program at the UNCSA School of Drama, is an actor and director who works with exceptional young artists throughout the Triad. During the school year, Heidi teaches at The Arts Based School in Winston-Salem, directing the 1st- through 5th-grade original student productions, instructing and choreographing stage combat, facilitating arts integration with the classroom curriculum, and teaching drama through theatre games. At the UNC School of the Arts, she leads a course on Arts for Social Change, co-teaches in the ARCH program (Artists Reaching Children in Hospitals), and instructs improvisation and stage combat for the Drama and Voice summer intensives.  She is an active member of the Shakespeare Lives! program, which allows both teachers and students to experience the works of the Bard as they were meant to be: with body, mind, and spirit. King Lear is Heidi's fourth production under Stephens' direction, having played Banquo in Macbeth [Goodly Frame], Tybalt/Friar Laurence in Romeo & Juliet [GTCC], and Caliban in The Tempest [staged reading]. Other immersive and site-specific theatrical pieces include Puck in A Midsummer Night's Dream [Shared Radiance] and Polonius in Hamlet [UNCSA]. Heidi is thrilled to be working with Goodly Frame to continue bringing the immediacy of Shakespeare's works to audiences in the Triad. 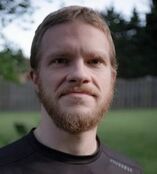 Ron Chasse (​Edmund/Oswald/France) first appeared in a Goodly Frame Theatre production in 2017 as Macduff (Macbeth). An avid reader, Ron especially enjoys reading Shakespeare and discussing the development of fringe theatre in the Triad. 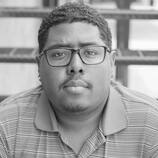 Amir Cooper (​Kent/Captain) is extremely excited to be playing the Earl of Kent with such an amazing director, cast, and crew! He was last seen in the Barn Dinner Theatre's production of The Addams Family as Lurch and in the Winston-Salem Theatre Alliance's production of Sister Act as TJ. Thank you for joining Amir in his debut Shakespeare performance! 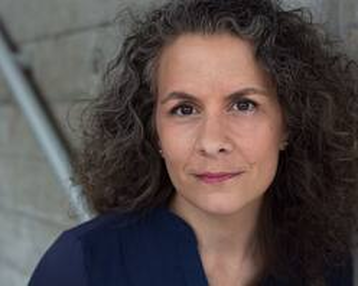