Cris Eli Black is a playwright, screenwriter, performer and theatre practitioner. He wrote and co-produced the short film The Brother's Survivor which won an award at the Worldfest Houston International Film and Video Festival. He is a two-time poetry slam champion and was commissioned by the Louisville Arts Network to write HOPE: Living as a Black Man in America. His work has been produced, performed and/or published by Illuminate Theatre, Roaming Theatre Collaborative, The Logue Lounge, Here We Go Productions, among others.

Judy M. Dove is a director, teaching artist, and playwright in Raleigh. She grew up in Ohio with her Japanese mother and American father in a household with a strong Japanese influence. She has studied Asian puppetry with Lisa Sturz of the Red Herring Puppets and shadow and rod puppetry with Hobey Ford. Dove has created the puppets for Raleigh Little Theatre productions of East of the Sun, West of the Moon, Mirandy and Brother Wind, and When She Had Wings. She has participated in the NC Teaching Asia Network (NCTAN) and taught drama at Meredith College as a part of the Meredith College Global Education Initiative's FuHsing Project, a three-week English immersion program for students from Taipei, Taiwan. She is on the Board of Directors of the North Carolina Theatre Conference, where she serves as secretary.

J. Mardrice is an actor, playwright, storyteller, reader of mystery books, and a generally nice and goofy dude. He grew up in rural North Carolina, yet he has never let his small town beginnings impede upon his BIG dreams! After graduating from UNC Greensboro with a Bachelor of Arts in Drama and a minor in English, J. Mardrice relocated to Durham, NC, and has remained active in the local theatre and film scene. As a writer, J. Mardrice has been influenced by greats such as Maya Angelou, Langston Hughes, and Zora Neale Hurston, who have both helped and matured his writing over the years. The trajectory of his writing is an ever-evolving kaleidoscope of what he's experienced, what he's learned, and the knowledge he continues to seek. A self-proclaimed “forever student," J. Mardrice finds great pleasure in opportunities such as the Zoom Fest Series 2 to further grow his creative acumen.

Featured in Zoom Fest: Who's Zoomin Who? 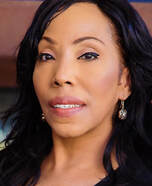 Eureka Lewis, writer/director, resides in New York but is originally from Detroit, MI. For as long as she can remember, she's loved writing and performing. She's written and directed numerous plays, including "Sorry If I Let You Down," "Aunt Salley's Remains," "Finally Made It," "Too Far To The Left," "The Jagged Rose," "Laughing To Keep From Crying," and a 10-week run of "What They'll Remember," which received rave reviews in the Huffington Post and Broadway World. Lewis has recently been selected as a featured writer for Billie Holiday Theatre's 50in50 writers series. Lewis' onstage credits include roles in "Don't Bother Me, I Can't Cope," "God's Trombones," "For Colored Girls," "Raisin In The Sun," "Portraits In Black," "In The City," "One Monkey Don't Stop No Show," "Herstory," and "Waiting In Line." She's currently completing her first book.

Mildred Inez Lewis writes and directs for theatre, film, and the web. She also teaches writing at Chapman University. She is a member of the Dramatists Guild and the playwrights’ units of the Company of Angels, Ensemble Studio Theatre-Los Angeles (EST-LA), the Los Angeles Female Playwrights Initiative, and Playground-LA. Upcoming productions include CONTENT MODERATION for the Last Frontier Theatre Conference (virtual) which Mildred attended in 2016 with her full-length piece, THE END OF EVERYTHING. That play later received a staged reading from EST-LA. PIECE WORK (virtual) for the California Arts Council-sponsored Women at Work project from Roots and Wings. SUBMERGED was performed by the Actors Circle Ensemble. BAD PAPER, originally written for the Vagrancy, will receive a staged reading from Coast to Coast Theatre Ensemble (London).
​
Featured in Zoom Fest: Submerged

Rex McGregor is a New Zealand playwright. His short comedies have been produced on four continents from New York and London to Sydney and Chennai. He is mixed race. His African-American mother, Beryl, was born in Saint Croix, U.S. Virgin Islands. You can find out more about his plays on his website: rexmcgregor.com.

​Featured in Zoom Fest: The Birds Are Feeding Me ​

Chauncey Miller is an actor and sometimes playwright based in Greensboro, NC. He began his acting career in San Diego, California, but didn't fall in love with the stage until he returned home. Chauncey is grateful for the opportunities theatre has afforded him and, most of all, the wonderful people he has met along the way. He has enjoyed his time performing in many community and professional productions in the area and is excited for what theatre holds once we can gather together. 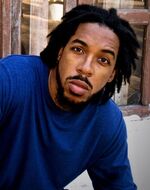 Russell Nichols is a speculative fiction writer and endangered journalist. Raised in Richmond, California, he gave up all his stuff and now lives out of a backpack with his wife, vagabonding around the world since 2011. His plays have been produced internationally by the Fade to Black Festival, MOJOAA Performing Arts Company, Funhouse Anthology, Nylon Fusion, Saw It Here First Productions, the UK's Science Fiction Theatre, and others. Usually set in the near future, his stories revolve around concepts of race, mental health, technology, and the absurdity of existence. Look for him at russellnichols.com.


Featured in Zoom Fest: Statues of Limitations and Signs of the Times ​